The 4 **** Hotel and Restaurant Christkindlwirt, located directly behind the famous pilgrimage church Christkindl, looks back on more than 170 years of hospitality.

Since the first diplomatic registration entry in 1784, the former Einsiedlerhaus Christkindl Nr. 2, counted 30 owners, with a decisive change of ownership in 1931.

Georg and Theresia DAVID became owners, whereby already here, the for today still significant nickname "house David" was shaped. Due to the marriage of their daughter Rosa David with the craftsman Franz Baumgartner, the name Gasthaus Baumgartner was born.

The hardworking sons named Erwin and Franz brought life into the house and were the darlings of grandfather and former “Kaiserschützen” (Imperial Infantry) Georg DAVID.

In 1951, the Christkindl Christmas Post Office, which was first held on a small scale, opened its doors in the Gasthaus Baumgartner.

Initially with only a few employees and a small number of postal items, the (special) post office Christkindl became an international figurehead for the romantic city of Steyr.

The next generation, with Franz Baumgartner and his wife Romana brought many gastronomic and architectural changes. The spectacular panorama room is there due to them. From the beginning of the new building, the Christkindlwirt has been an indication of excellent cuisine and lived hospitality in a natural setting.

The spirit of the future is embodied by the son of the house, Georg Baumgartner, since 2002 not only unites in a family, but also in a business relationship with his father. At that time, at the age of 21, he celebrated his appearance in the well-known Who's Who of Austria, as the youngest young entrepreneur from Upper Austria.

The next milestone in the Baumgartner family business was the idea of the 4 **** Hotel Christkindlwirt, which was realized in 2008.
With the wisdom of the generations and the verve of the youth we, Georg and his young Christkindlwirtin Regina, Franz and Romana, now start together a new chapter of the Baumgartner family.
We look forward to delight our guests every day with the utmost dedication and diligence, as well as an interesting and varied offer. 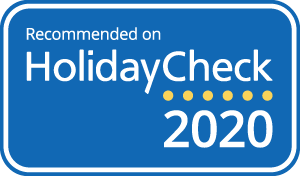